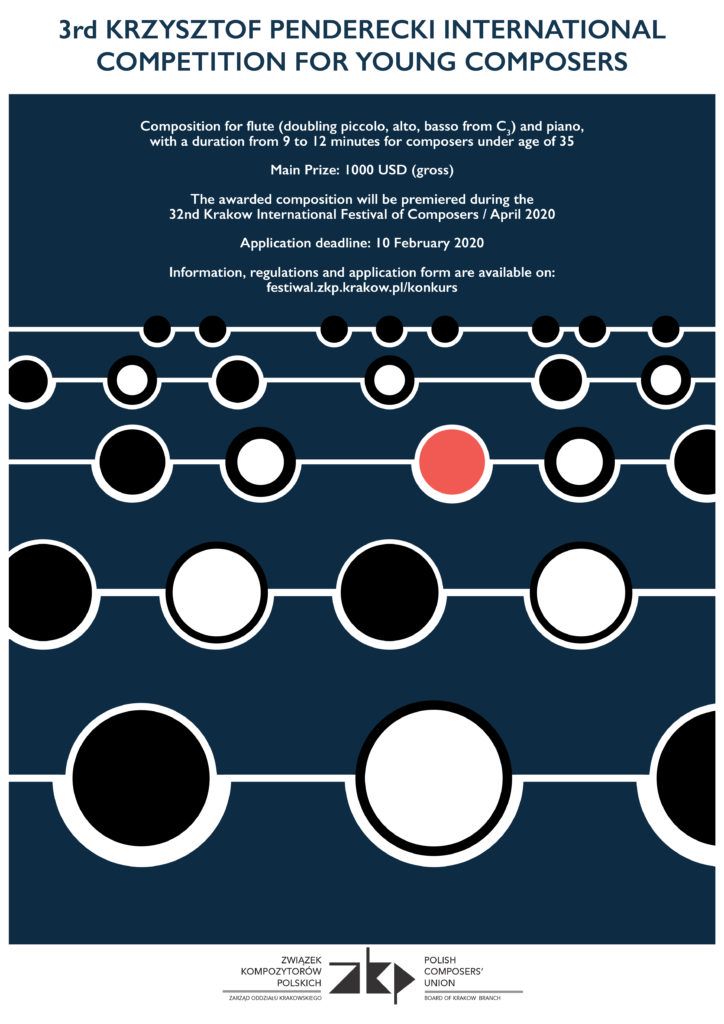 Minutes of the Meeting of the Jury

The meeting of the Jury of 3rd Krzysztof Penderecki International Competition for Young Composers was held on the 28th of February 2020 in Krakow.

19 (nineteen) scores (from the following countries: Armenia, Austria, China/Germany, Greece, Israel, Japan, Japan/France, South Korea, Poland, Taiwan, Turkey, Ukraine, USA) were submitted to the Competition. 1 (one) of them was rejected as it was against regulations.

The Jury, after examining 18 scores, decided to award the Main Prize – 1,000 USD (gross) – to the composition titled:

When the envelopes had been opened, it appeared that the winner of the Main Prize is Otto Wanke from Austria. The winners of the honorable equivalent distinctions are Orhan Veli Özbayrak from Turkey (emblem: BOBBA1), Tetsuya Yamamoto from Japan/France (emblem: FONT) and Wojciech Chałupka from Poland (emblem: PHOENIX).

The official reading of the protocol and the premiere of the composition granted the Main Prize will take place on the 22nd April 2020 as a part of the 32nd Krakow International Festival of Composers.

The minutes were concluded.

The Secretary of the Competition

The subject of the competition was a piece for flute, clarinet, violin, viola and cello.

The subject of the competition was a piece for string quartet.